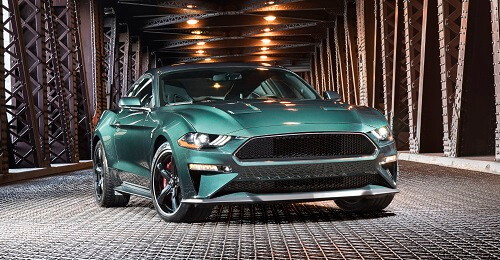 At this year’s North American International Auto Show, Ford introduced the limited-edition Mustang Bullitt, based off of the original 1968 Mustang GT fastback which starred with Steve McQueen in the award-winning movie “Bullitt.”

An upgraded 5.0-liter V8 engine comes standard, with 475 hp, 420 lb-ft of torque and an impressive top speed of 163 mph. All limited-edition Mustang Bullitt models are equipped with a manual transmission that features a white cue ball shift knob in reference to the original car.

If you would like to learn more about the new Ford Mustang and other Ford vehicles, visit us today at Sam Pack’s Five Star Ford Dallas and view our online inventory.