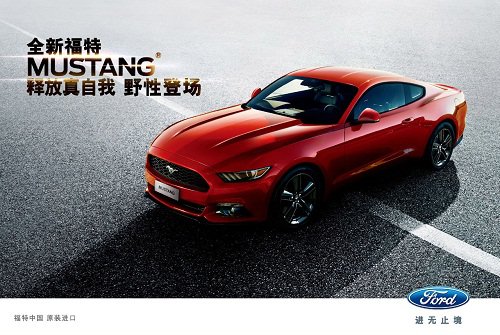 The Ford Mustang is available worldwide for the first time in its more than 50 year history, and demand for the iconic sports car has been high. The new Mustang is on sale in China and in Europe, and U.S. sales have been strong as well.

Mustang fans around the world seem to have their favorite color choices in common, as Black and Red are in the top three in every region. In the U.S. the most popular car color overall is white, but Mustang buyers have strongly preferred black. In Europe and China, top color choices have been Race Red and black.

The Mustang has been a motoring icon for years in the U.S., and its popularity in China is slowly starting to grow as well. Over 5 million consumers visited the Ford website to learn about the new Mustang, and more than 18,000 have signed up for test drives. Currently, about one in 12 Chinese consumers is aware of the Mustang.

In Europe, over 1.1 million Mustangs have been configured on Ford’s European websites. Potential buyers in many of Europe’s biggest markets, like the United Kingdom and Italy, are excited to get to drive a Mustang for the first time.

The Ford Mustang is part of Ford’s new global lineup of performance vehicles. Fans of the Mustang in other countries have been waiting 50 years to buy the iconic performance car, and now they can customize it however they want.

Experience what Ford has to offer and take a test drive today in the fun to drive new Ford Mustang at Five Star Ford Dallas.